A set of tests to screen for potential (“relevant,” to use FDA terminology) transfusion-transmitted diseases required for every allogeneic blood donor. These are the currently required tests (as of the FDA’s finalized guidance regarding Babesia testing in May 2019): 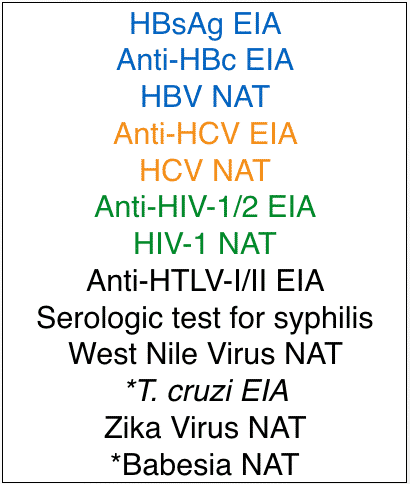 Those studying for exams should be aware of all of these tests, and the type of technology used (for example, NAT vs EIA/ChLIA).